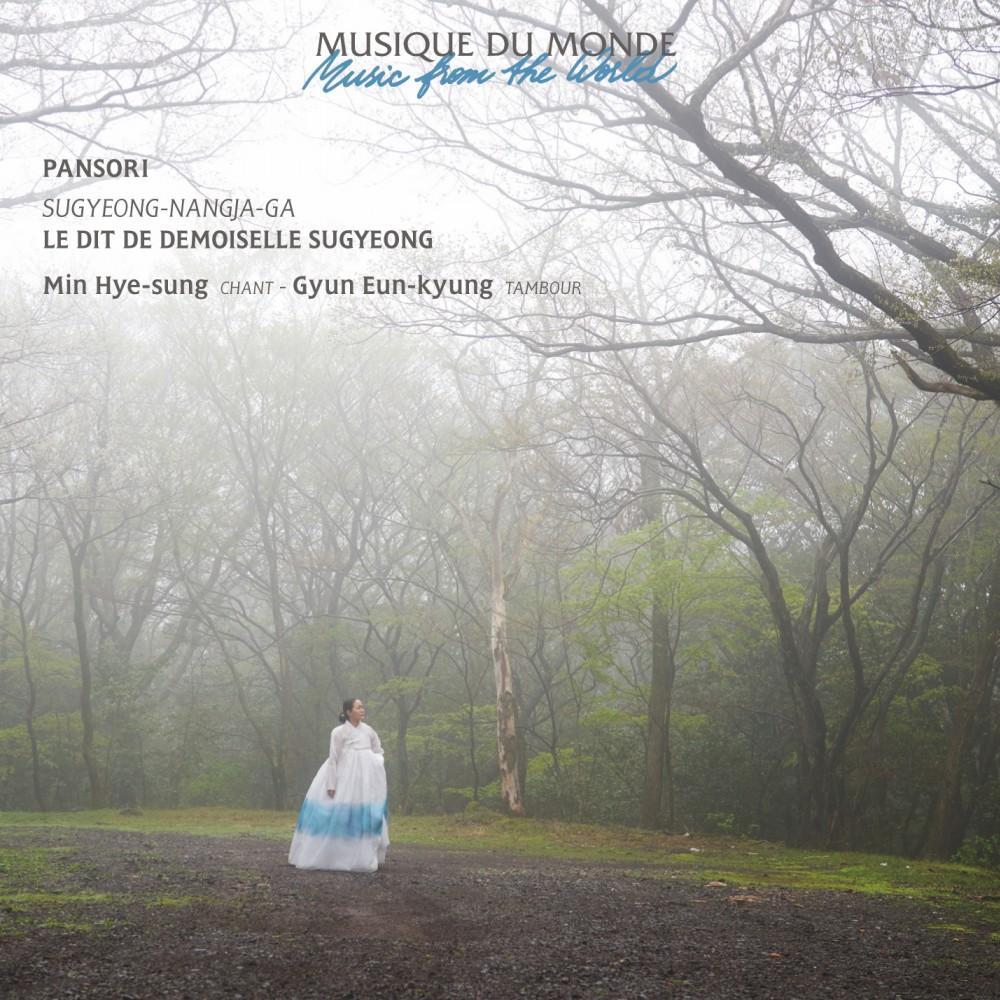 Pansori: a living heritage
Pansori is a traditional Korean art in which an actor speaks, acts and above all sings a lengthy tale following complex rhythms, accompanied only by a single drummer, with only a mat and a screen for decor, and a fan as the only accessory. Appearing first in the 18th century within troupes of street entertainers performing at fairs and markets, pansori progressively gained in recognition — so much so that by the end of the 19th century the art was under the patronage of the royal court, and the best singers (who, until 1869, were exclusively male), became true stars. However, its continuation into the 20th century proved to be more difficult, at first because of the art form’s assertion of national identity as judged under the Japanese occupation between 1910 and 1945, and later because it was considered as archaic in the light of South Korea’s recent prioritisation of economic development and westernisation.
In the 1960s only five pansoris remained, salvaged by a national patrimonial movement which ensured their survival as well as wider recognition with  the inclusion of pansori  into UNESCO’s Intangible Cultural Heritage list in 2003. The transmission of this art has seen very little interruption since its inception, and its many singers (nowadays mostly female) often divide their time between singing and teaching: this includes the “national treasures” who remain the official guarantors of authenticity. In the last two decades, the genre has started to gain popularity abroad, due mostly to the emergence of complete subtitled works, as we are beginning to see regularly in France.

Tradition et transmission
Nowadays, one can learn the repertory as much through private education as through the traditional art departments in highly-regarded universities whose professors enjoy a great deal of prestige. Yet the price of this glory, when one is a classical performer, is to be limited to a repertory of only five works which are performed in theatres for audiences to whom the lyrics seem outdated (many of the passages are in the form of Sino-Korean poetry) and who, as a result, participate less spontaneously: pansori has become an overwhelmingly singing art, at the risk of losing its original popular appeal. This explains why a growing number of young performers are turning towards the creation of new pansori, the most remarkable of which being Lee Jaram’s recent back-to-back adaptation of two plays by Brecht.
However, many female custodians of the classical repertoire believe that there is quite enough to do in devoting themselves to the tradition, in bringing it to life, in passing it on. Because, far from being static, this tradition is constantly reinventing itself in the work of memory and in passing down through the generations: this is how pansoris have always been fed by variants linked to different teachers or schools. This does not prevent the teaching from being extremely strict. Even if today young people benefit from the printed and annotated text (though without a musical score), and even if they use their mobile phones to record the sessions, the teaching remains exclusively oral: the pupil, facing the master, repeats phrase by phrase, precisely, to the slightest intonation, breath, and movement of the fan; then sequence by sequence, until, months or years later, reaching a degree of mastery of the work that means she can officially perform it, and in turn teach it.

We’ve found the sixth pansori!
While today only five “classical” (that is, from before the 20th century) pansoris remain, we know that at least twelve pansoris existed in the past, but we don’t know why the other seven were consigned to oblivion — in other words, in the context of this art, they ceased to be taught.
However, one of the laws of this genre is that a pansori never really dies. This is primarily because of the link which was established very early on between sung tales and novelistic adaptations that we can ensure survive on paper even when voices fall silent; and secondly, it is due to the performers’ ability to convert any text into pansori form, as all this requires is to divide it in accord with the required alternation of spoken parts (aniri= recitation) and of sung parts, adapting the scansion of the verses to the different rhythms and chosen forms. This is how we came to be witnessing the current renaissance of Lady Sugyeong through a fine mise en abyme (the occurrence, in art, of repetition or parallels at various levels of action, such as a play within a play), justly suited to this tale which relates the revival of Lady Sugyeong.
This short pansori was resuscitated at the end of the 20th century by national treasure Mrs Pak Song-Hee (1927-2017), based upon memories of her apprenticeship at the hands of Mrs Pak Nok-Ju (1906-1979), herself a historical national treasure whose own sources go back to the masters who lived during pansori’s golden age. Pak Song-Hee, having only received the second half of the work (here, from index 20 onwards), reconstituted the entire beginning by relying on ancient novelistic versions, and transmitted her work to her young disciple Min Hye-Sung, who today is its sole depositary, and who interpreted it outside Korea for the first time at our K-VOX Festival / Voix coréennes (Korean Voices)  2017, in a subtitled version, in Brussels (Festival Souffle Coréen), Paris (Maison des Sciences de l’Homme) and Vendôme (Festival EPOS). Now, is this not a magnificent example of living heritage?
Written by Han Yumi