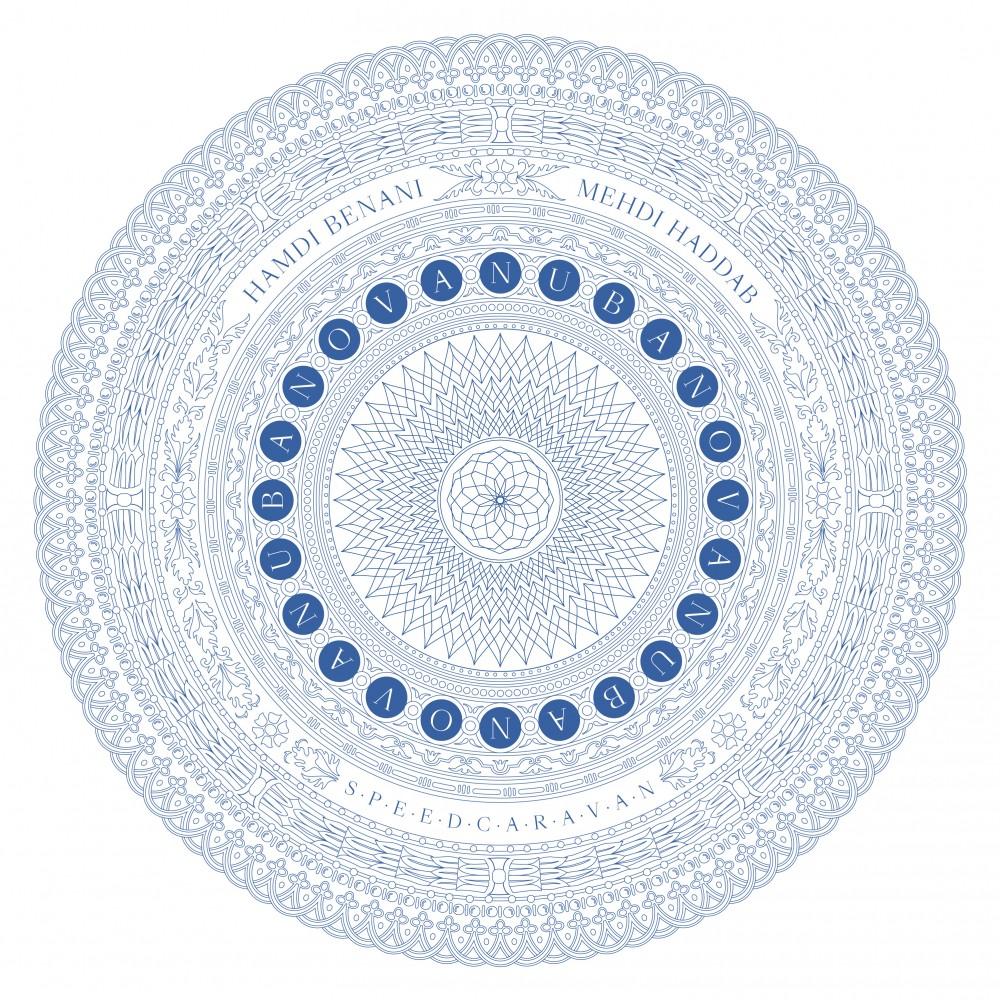 By hamdi benani-mehdi haddab-speed caravan
NUBA NOVA : ALREADY A CULT ALBUM
Nuba Nova: the title rings out like a manifesto.
Think of it as a transgressive descendant of Algerian classical music, offspring of the Nuba form which gave birth to the famous stylistic movements of Tlemcen, Algiers and Constantine. Crucibles of the Arab-Andalusian heritage of Seville, Granada and Cordoba, established between the 8th and 15th centuries in royal courts and intellectual circles where Muslims and Jews celebrated courtly love and devotion to the divine.
It began with Mehdi Haddab, Franco-Algerian magician of the electric oud, and his ambition to compare notes and share inspiration with the master of the malouf annabi, Sheikh Hamdi Benani, raised in a rich family of artists (his father a painter, his uncle and great-grandfather both malouof masters), noble humanist of the city of Saint-Augustin, El Ghriba and Sidi Bou Merouane. It was a matter of curiosity and intuition. A meeting arranged by David Queinnec, then director of the French Institute of Annaba, helped the project along.
The two musicians quickly found themselves on the same wavelength. The founder of Speed Caravan agrees: “We hit it off right away.” It remained to choose the pieces that would spark the daring revision of a legacy: an attractive prospect for the sheikh, improv enthusiast, movie buff and Eddie Constantine fan. Throughout his career, hadn’t he already been presented as a renovator and put certain “purists” at ease? A choice was made, a mosaic of classical pieces, mostly instrumental, short pieces, songs, and a long suite chosen for its temporality. The challenge? To find new proposals, some totally new combinations of sounds, to revise a well-worn repertoire and somehow give it  a new appeal. A reformulated work that was endorsed by “L’Ange blanc du malouf” (“The White Angel of the Malouf”, in reference to his white suit and violin) before confirming its validity with an Algerian concert tour.
It was natural that an album would follow. A high-calibre crew is brought on board. Hamdi Benani is surrounded by musicians he trusts. Mehdi Haddab, for his part, brings accomplices who are used to taking risks. With this, the spirit of the malouf is ready to express itself. And it so happens that in this alliance it breathes easy, relaxes, takes on pop colours, treats itself to some bluesy riffs — in short, it becomes contemporary.
Hosn el Habib (“The Charm of the Beloved”) opens the album. In the 1970s, Hamdi Benani had already interpreted this sentimental song in a “modern” version, with Hammond organ and drums. It is clearly a tribute without nostalgia to Bône la Coquette and its famous love of life. The song ends with a nod to Peter Frampton and an Oud Talk Box set to a Bayati maqam. This is followed by Ya nas jaratli gharaib, a popular song revisited with a rock arrangement that adopts a Celtic accent à la Idir.  With Nemdah ouen ghoul, another much-loved song, there is a clear orientation towards Hendrix. This hors d’oeuvre leads into Damai Jara (“My Tears Have Flowed”), the heart of the album. This rich piece, amplified by the great exponents of the genre including Mohamed Taher Fergani and Raymond Leyris, is the ideal launchpad for one of these intoxicating psychedelic performances that Mehdi Haddab is famous for, accompanied here by the slide of Serge Teyssot-Gay. All of this is done with scrupulous respect for the heterophony typical of Andalusian music and its melodic structure. After this bravura piece, Jani Ma Jani, the sheikh’s flagship song, is also sung by his son. A handover of power? Istikhbar Cheikh, L’inquiétant prélude follows, an improvised theme, which introduces Achek Mamhoun  (“Je t’aime comme un fou” — “I love you like crazy”). This is a love song with a capital L, heavily theatrical, just as we love it on the other side of the Mediterranean! Kursi Zidane, a classic instrumental piece in the Zidane style, concludes this astonishing album in Speed Caravan, that is to say dishevelled, mode.
An album that is all the more astonishing because of a terrible event that followed these recordings. Hamdi Benani, the jovial and humble ambassador of Malouf who travelled the planet seducing Mao Tse Tung, Castro, Senghor and audiences at the Sorbonne, died at the age of 77, a victim of Covid. This was the writer of Bellah Ya Hamami, who had recently received a vibrant tribute from the Algerian Ministry of Culture at the Palais de la Culture and who was decorated with France’s honour of Officer of Arts and Letters. A loss which makes this recording into a cult album, recalling the youthful spirit of a musician who was always attentive to others. A record that echoes his response to those people who, in the past, had criticised his orchestral audacity: “They thought I was interfering with the Nuba, which is not the case… I subscribe to the classic rule that one is not allowed to interfere.” Adding: “I told them ‘You’re wrong, gentlemen, because one day you’ll agree with me!’” It’s as if life proved him right. 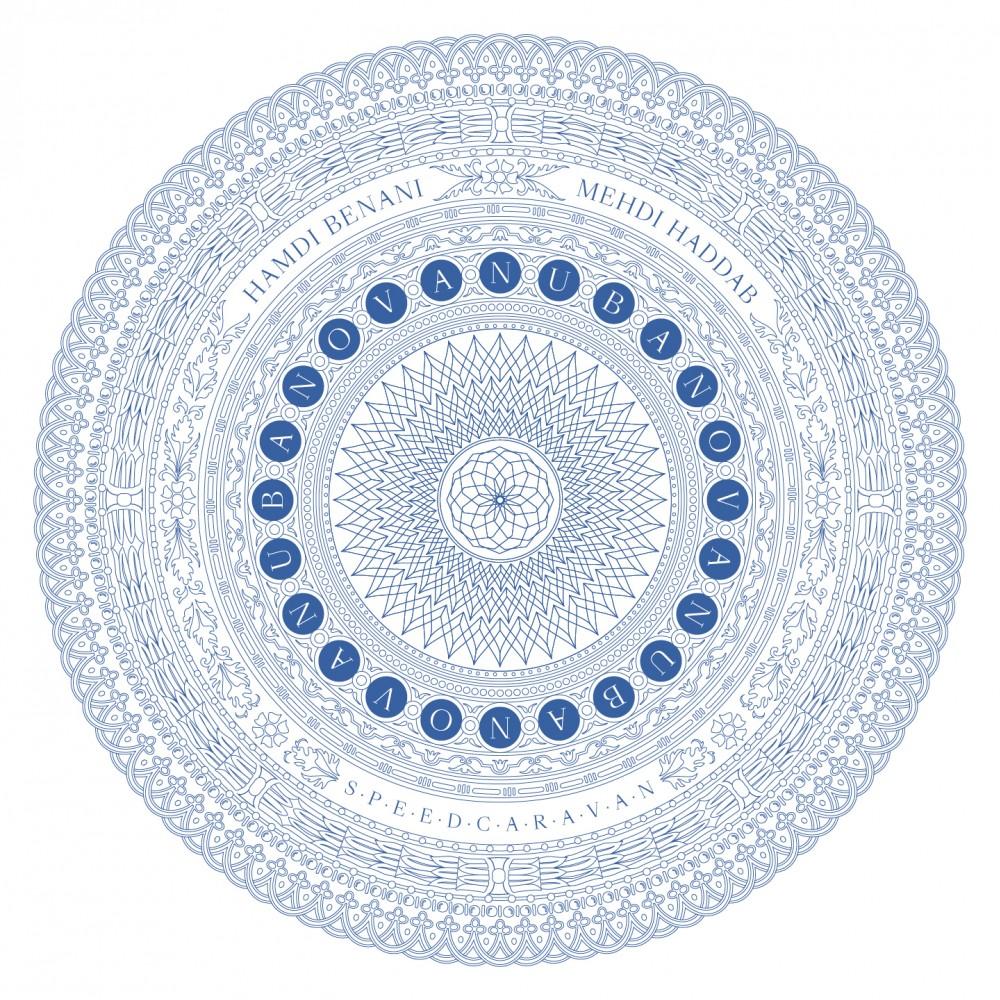